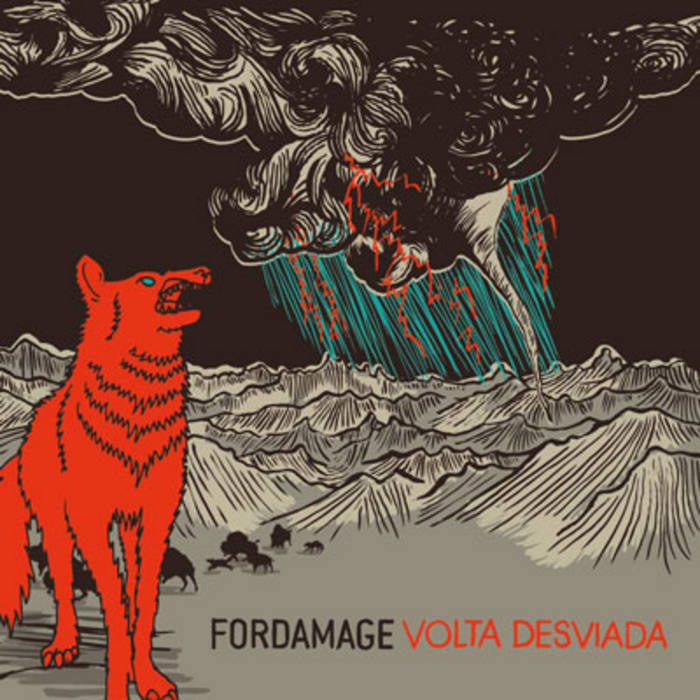 VOLTA DESVIADA is available on CD / Digital at store.kythibong.org
LP is sold out.

Energy, a slap in the face for those with nothing to say. Violence, a shell for undaring musicians. Politicized discourse, a life buoy for the followers.

Music has a real power, far beyond the saturday night pogo, the last beer or the self-centered whining. Music is liberty. Fordamage has, since the beginning, chosen the path of independence and the great escape. Their volume makes them punk, but they're something else. Do It Yourself, yet able to play to any audience, commited to the stage energy, never forgetting that the essence of a song lies in its melody. They belong to the generation that believes music is not defined by specific genres.

Noise gives birth to beauty, chaos brings appeasement. Questioning social disruptions brings no solution, but at least those words gets us heard and understood.

Fordamage mirrors us, and not a scene. Define them as you wish, they're just a girl and three boys, working hard for a certain conception of music. A music that's hollered and danced to, with a metaphorical poetry where surprise is more important than meaning.

They've often been compared to The Ex or Shellac in the past, but this new album sees their music evolve towards heaviness and a state of violent trance that gets a hold on you. 2012 will be the year Fordamage can be seen as new big sisters and brothers. Believers, as a lot of their friends, that power can be taken by hitting the road. They're part of a movement that's redefining music in France and its codes of diffusion. More importantly, they're even not aware of it. Nothing's worse than good-looking people with a conscience of their attractiveness. Fordamage hasn't crossed a mirror for ages, and their negligence is what they have to offer