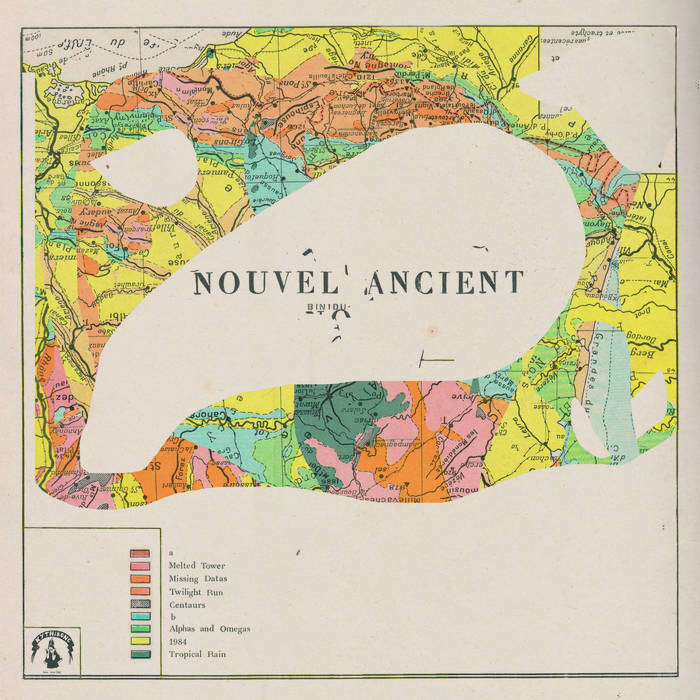 Discovered in 2013 with the extremely positive album “Yes !”, Binidu is now back with the unsettling “Nouvel Ancient”. Unlike its predecessor, the tracks are open fields. The band’s hot and cold atmospheres,
tones and structures are something of a doomsday scenario. In this confrontation, tranquility never soothes, solitude is too loud and intricacy is far too simple. Only the rhetoric is clear, only the message is outspoken, it lies for all to see, in complete contradiction with what it exposes.
“Nouvel Ancient” predicts a world where towers collapse, people run everywhere, data disappears, where rain is always tropical, blurring the music played by the band, beautifully bleak.
The trio turns to more challenging influences ranging from free-rock to krautrock, minimalist composers or ambient music without name dropping or showing off, always serving the song. The outdated form is so identified it often becomes obsolete but it’s overwhelming here. The songs are standing somewhere in between clarity and dissonance, stretched through cold keyboards and resonant percussion, and always embodied by airy vocals sometimes manipulated sonically like dehumanized, fitting the music and the message perfectly.
Vincent Dupas, Jean Baptiste Geoffroy and Jerome Vassereau take part in some of the most exciting and singular bands France has had to offer in the past decade Fordamage, F.U.T.U.R.OS.C.O.P.E, Pneu or La Colonie de Vacances, to name a few.
They’ve just released the perfect sequel with these nine ambitious, vibrant and political songs.