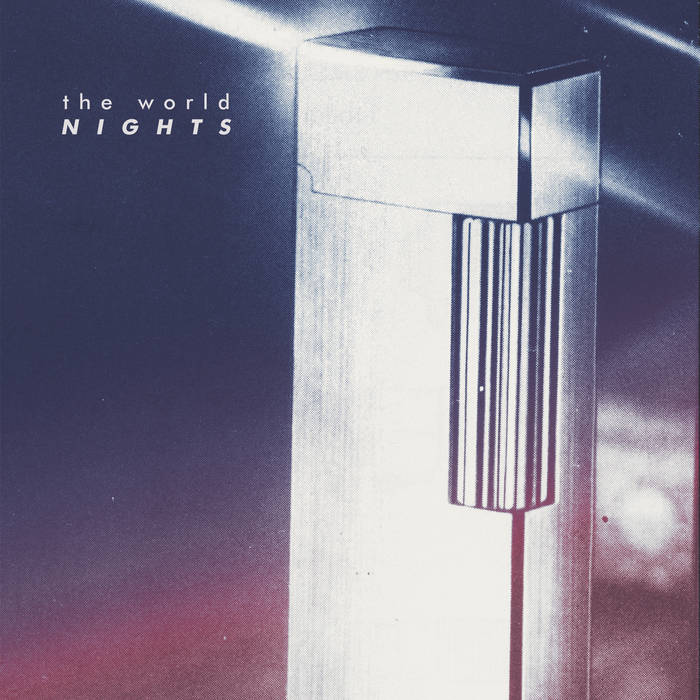 Long before Trump was president, he was a real estate tycoon. The Reagan years were good to him. His locks of hair floating through Manhattan skyscrapers: Power, money, women...World markets opened up and the greedy would get even more voracious.
The World is the soundtrack to this golden era of success. The whole World or nothing.
The motto here is: More (« Big Money » and « Make It Big »). But sometimes you need to soften that iron fist and talk about love (« The Big One » and « Secret de Femme ») or taking over the family busi- ness (« Hand It Over »), expanding (« On Sight ») sharing (« What Friends? »).
And of course leisure («Aquaworld »).
The business world had their own newspapers and channels and now they have their music: electric and synthetic textures, sharp perfect primes, very ambitious money making melodies that work better, faster, stronger. Continuously raising the bar when all the others fail.
After their self titled debut album released in 2015, « Nights » is a sleepless album, briefcase in hand, living on the edge where one can win or lose everything in a split second.
The World is too big for music, their influences are more easily found in movies, whether it’s the cynics Oliver Stone or De Palma, the candid John Hughes and John Landis or the eccentrics John Carpenter and Cronenberg.
The World is a strange feeling, a powerful and naive enthusiasm overtaking everything even the future of mankind. Going down with style.