by THE SLOW SLIDERS 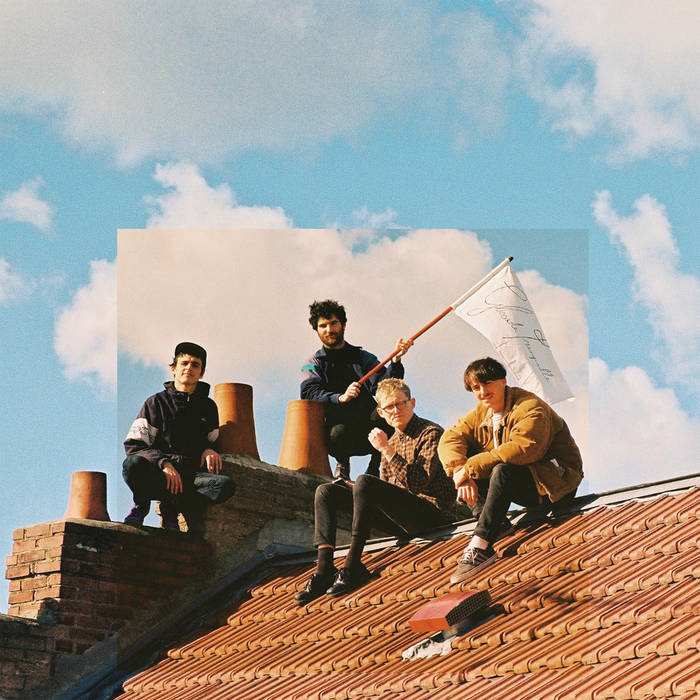 It starts out with a couple of friends hanging out after high school, talking about music, girls...
A city, Brest, harsh industrial smoothed by the sea and the ever changing weather. The Slow Sliders
are very close to their native town in the way they blend the easy and the complicated, nothing is
obvious and yet it’s all so appealing. Whether they sing about girls, endless parties, laughter and pain,
each part resonates in our own psyche like living everything all over again. To hell with cynicism, we’re
ecstatic over these that are hymns to joy, youth, love and carelessness.
Axel, Clovis, Gwen and Victor wrote these catchy tunes, straight from the heart, with an energetic
twenty something feel, lifted by Victor’s unique voice. Shadows of a spaced out Mac DeMarco partying
with Tame Impala can be heard here and there, while the Walkmen surf with Grizzly Bear, to name
a few of the band’s influences.
Their 2 first EP’s Childhood’s Candies and Musique de Fon paved the way for their debut album
scheduled for Sept 2018. Relocated in Nantes, the Slow Sliders will release « Glissade Tranquille »
through two of city’s most iconic labels Kythibong and Eminence Grise.
An album shared like bond, a partly cloudy day in Brittany with sunny spells, sophisticated and wild,
simple and touching, like the Slow Sliders genuinely are.