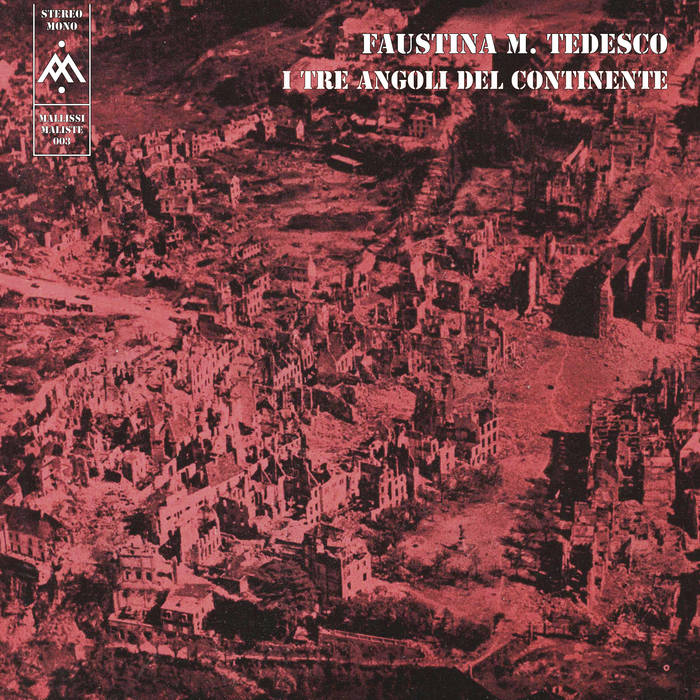 For the past ten years, Le Cercle Des Mallissimalistes aims to open our ears to contemporary artists we may have forgotten or missed. This time their work focuses on the Mallissimalist artist Faustina M. Tedesco.

The italian composer's biography is a tragedy that leads her to the muddy waters of the Seine river. She left the Music School of Milano before graduating to join le Brigate Rosse. She was a political activist until the Athens attack of 1974; she then fled the western world and left activism for mysticism.

After a long esoteric journey, she reconnects with music under the influence of several discreet men : Pavel Mucha, Alexandre Pravnov and less obscure, Bélibaste de Cocagne. She then wrote over ten musical pieces; notably "la fabrica sotteranea" and "I tre angoli del continente", her last creation.

Faustina wrote in her journal: "Past wars are a warning and a glimmer of hope in our dehumanizing humanity". Le Cercle show this duplicity by blending drones and rhythmic anxiety, consciously hinting towards eighties music, a decade that Faustina hardly had the time to experience.