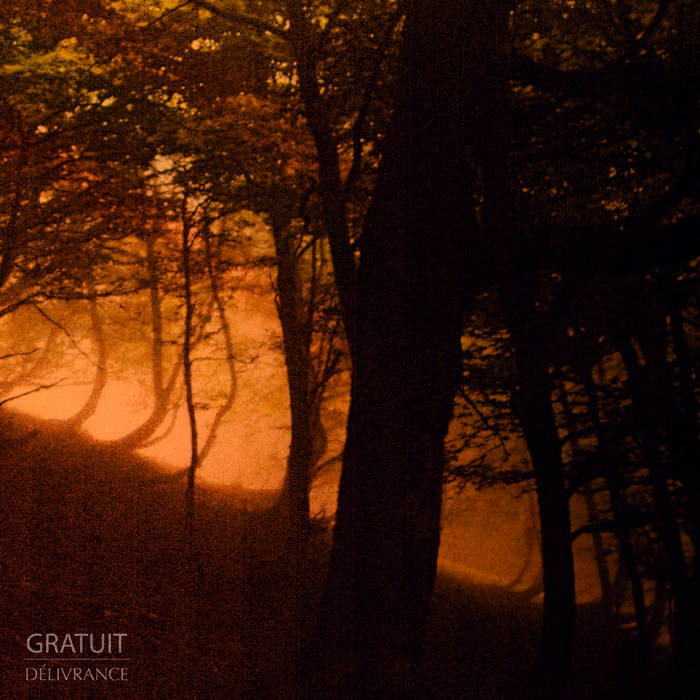 DELIVRANCE is available on CD / Digital at store.kythibong.org
LP is sold out.

After recording “Rien” in an abandoned hotel in Brittany, Gratuit found peace in a mountain cabin in the Pyrenees for “Délivrance”.
Screaming to death, slouching, bathing in ashes and blood, just chilling. Guests (Julia Lanoe, Françoiz Breut) soldier on with him they are closed in and howl to the moon. Deliverance or nothing.
When he’s not locked in, Gratuit works out: musician, performance artist, craftsman, poet, arranger and overall troublemaker. Under different identities, Antoine Gratuit Bellanger likes to create with people, places and situations.
He’s prepared various sound performances with solenoid on a boat (summerlab gijon) or in flexible container (Trans305). He’s been found in squats and museum playing with major works, football matches (France-West Germany 82 with Hérve Guilloteau and Rebeka Warrior) and early 20th century paintings (with Guillaume Marmin). He’s been found wrecking parties at 7.02 pm and 3.28 am. He’s recorded and arranged bands like Mansfield.tya, The Healthy Boy, remixed Sexy Sushi and recently teamed-up with Mein Sohn William.
He’s also been seen in last Carax movie, at the back of a stretch limo driven by Laurie Anderson speeding on Manset’s road.
The ex-member of Belone Quartet has polished his melancholic noise, searching for curious melodies like Yo La Tengo does so well to end up with Daho-like ballads from the future. Terse lyrics hurt beats a minimal-animal songwriting.
Gratuit is back where he belongs, with the dogs.