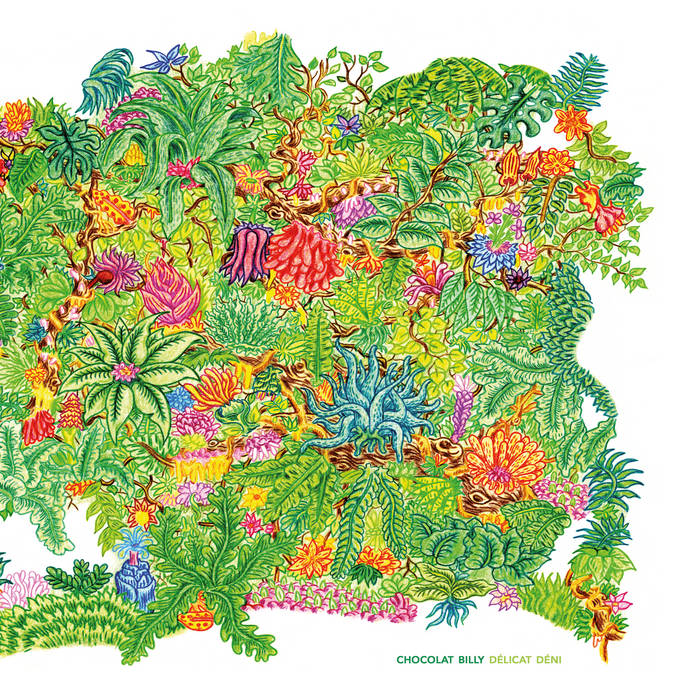 Chocolat Billy played their first show opening for Eugene Chadbourne in 2002. After touring in multiple formations, the band took its final shape as a 4 piece; Ian Saboya and Mehdi Beneitez, Armelle Marcadé and Jonathan Burgun.
The band sound is always exploring new boundaries; all instruments are shared, mistreated with howling distortion and caressed like a soft round bass. The result is the band’s very personal approach at the crossroads of many genres: rock, noise, experimental, pop, world music. Chocolat Billy’s songs are collectively written and leave open spaces for improvisation and elasticity, utterly present in their live shows (over 300 played so far).
Their songs have been archived on three albums on their very own label Les Potagers Natures: « Mon père est ma mère » (2005), «Attraper N’anoun» (2007), «Jacques et ses diverses compagnes» (2012)
and a live recording, «C’est quoi la première note ?» (2006).
« Délicat Déni » is their fourth album and the first co-released with Kythibong Records.