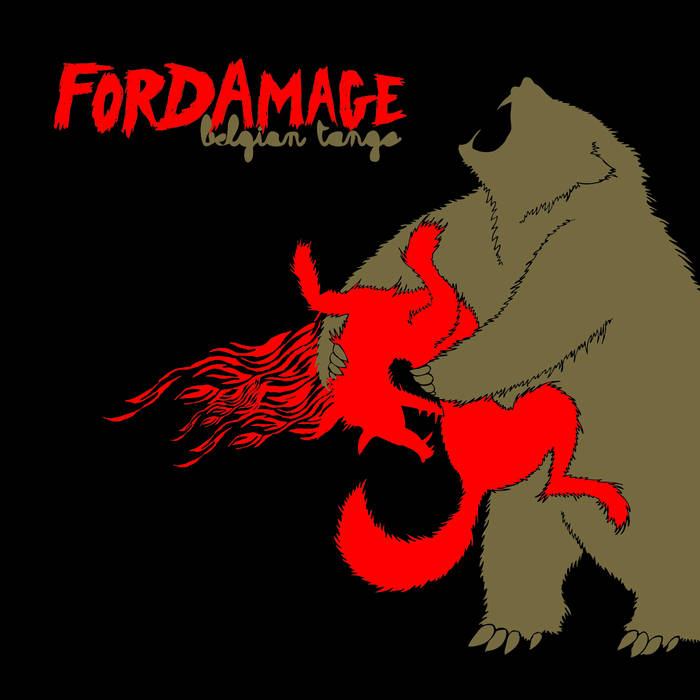 Fordamage is a quartet based in Nantes, France. Since 2004, they have been pushing the boundaries of hardcore, punk, and post-punk.

Signed to their hometown label, Kythibong Records (Mansfield-Tya, Room 204, Papaye, Marvin), Fordamage has become infamous for occupying stages with a distinct physicality. In one moment, they seem to treat the stage like a playground, and in the next, one might think about gardeners tilling the soil, digging with guitars like shovels and spades, flexing and toiling for a harvest to come. This is the kind of physicality and technical command the band possesses: their music is flexible, in a sense, but does not neglect to integrate an intense and unforgiving power.

The group has released 2 albums since May 2006, and has extensively toured France and Europe traveling with their fellows Picore, Enablers, Marvin, Papier Tigre, Room 204, Electric Electric, and has played several times with The Ex, Pneu, Unsane, etc.

In April, 2011, they reissued their second album on vinyl with an alternate version of the song "Clean Dirty Water " which was re-recorded again in December, 2010 at Le Ferrailleur in Nantes with an expanded ensemble of by 12 additional musicians (Marvin, Tire, The Enchanted Wood, Papier Tiger, Room204, Fago Sepia, The Healthy Boy, Audiopixel)!